Mosquitoes: How To Stay OFF Their Menu 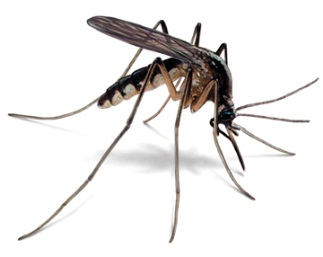 Mosquitoes don't just whine in your ear and drive you mad with itching, but they also spread disease. So which mosquito repellent product should you arm yourself with this summer?
DEET: Potent, But Safe
One of the most effective mosquito repellents is one of the oldest around. In 1998, the EPA re-evaluated DEET, and found that it is very safe when used according to label directions, and it's not classified as a carcinogen The label directions on DEET products will say you should apply it only once a day to exposed skin and outerwear -- not under clothing. Under clothes, it can absorb into the skin more readily, and possibly cause irritation. While young children shouldn't be allowed to apply DEET repellent themselves, last year, the American Academy of Pediatrics issued a statement saying that DEET is safe for children 2 months and older.In a study published in the New England Journal of Medicine in 2002, "OFF! Deep Woods" repellent, a product containing about 24% DEET, fared the best. Its protection lasted an average of five hours.The least effective products were wristbands treated with DEET or citronella, which offered almost no protection. According to the researchers, this wasn't a surprise. It's known that mosquito repellent only works on the surface to which it's applied directly. Mosquitoes are happy to bite skin only four centimeters away from the repellent stick.
Bite-Blocking Botanicals
For decades, many have sworn by Avon's Skin-So-Soft bath oil as an alternative. Avon doesn’t market the product as a mosquito repellent, but they have come out with a formula containing IR3535, a new EPA-approved mosquito repellent.
Other Strategies
Besides sprays and lotions, there are other ways to drive these pests away: